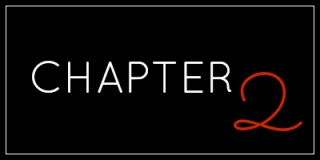 Cole stood at the entrance to his uncle’s office building and looked upwards. The structure, predominantly made up of nothing but glass and steel, gave off a cold and sinister presence. Cole always preferred the look and warmth of wood. Not sure if his love was a result of working at his father’s lumber company since he could walk or just his genetic makeup, he always knew whatever he did in life would entail him shaping the trunks of trees into something both functional and esthetically pleasing.

Drinking the last sip of his overpriced coffee, he tossed both the cup and the remains of a half eaten blueberry muffin into the trash, and stepped on the mat that hid the sensor to the front sliding door. With a whoosh, the hustle of suits getting to where they needed to be came alive, resembling well dressed worker ants maneuvering around the insides of an ant hill. He walked the few feet to the front desk where a petite blond sat, talking to someone on the phone.

“I will send him right up, Mr. Charles.” She pressed the side of her earpiece and looked straight at Cole. “Can I help you?”

“I’m here to see…” Cole cursed forgetting who his uncle told him to meet this morning. “Wait, I have it here.” He pulled out the Starbucks napkin he scribbled the name on. “Shaun Wright.”

“Jacobson-Wright Contracting, please hold,” the blond answered another call with an obvious annoyance in her tone. “And you are?”

“Cole… Cole Jacobson. I have an appointment.” The last name must have registered because the posture and demeanor of the blond changed completely. “Oh, Mr. Jacobson.” The phone rang again. “I apologize, Monday mornings are very busy. Jacobson-Wright Contracting, please hold.” Cole was used to seeing people fall all over themselves around his uncle, but now that the awkwardness was directed at him, it felt weird and uncomfortable. “Elevators are on your right. You want the 6th floor. Someone will be there to assist you.” She smiled and once more the phone sounded, stopping her from saying anything else to him.

Cole pointed to the right and the receptionist nodded while continuing her conversation with whoever was on the other end of the line. He headed in the direction he gestured, thinking he probably should have asked her to let his uncle know he was here. But to be honest, he was in no hurry to see the man who pretty much blackmailed him into this job. He reached the 3 sets of elevators just as one opened. He stepped in with four other suits and pressed the button for six, tugging at his own collar. He hated the idea of wearing a suit to work everyday, but that was something he would have to get used to for as long as his uncle required.

As the doors opened on the sixth floor after two prior stops, Cole caught sight of the most incredible pair of legs he had ever laid eyes on. One red-soled shoe, that could probably double as a stilt, lifted off the ground to rub against a shapely calf, leaving the other foot to balance the full weight of the woman’s perfectly curved body like a flamingo. The doors started to close while he continued to gawk sideways. Slipping his arm in-between just in time, he hopped off the car before the buzzer sounded. He didn’t catch the mail cart coming towards him at full speed, driver rocking out to whatever song was blaring through his earbuds.

“Shit!” One wheel clipped the side of his ankle, forcing Cole to his knees, dropping everything he had in his hands. His first day was shaping up just fine. Cursing under his breath this time, Cole started to pick up the loose papers from his notebook that were now strewn all over the floor, ankle still throbbing. As he reached for one of his table sketches, the sexy pair of stilts came into focus and the owner kneeled down to scoop up the paper before he could.

“Let me help you.” Her voice was soft… and familiar.

“You.” Cole looked up and instantly recognized the woman as the brunette from the bar. Light green eyes hid behind black, horn-rimmed glasses this time, adding to her exquisitely natural allure. Her chestnut brown hair rested on the crown of her head in an elegantly messy bun. She was just as beautiful as he remembered.

She laughed and the same shade of red lips from last night accentuated the perfect white of her teeth. “No, that’s not my name, but maybe if you’re good, I’ll give it to you.” She rose up to her feet and his own blue eyes followed. Damn, if he thought she wore the shit out of that red dress at the bar last night, the dark grey skirt-suit she now donned put that scrap of fabric to shame.

Cole chuckled and stood, taking the sketch from her hand. “I’m not very good at being good.”

Her brows popped up over her glasses and she smirked slowly. “We shall see about that.”

“Hopefully.” He gave Ms. Cryptic his best grin. “Uh, thanks for the help.” Holding up the mess of drawings and his notebook with one hand, he scrubbed at his short brown hair with his free one.

She nodded. “Anytime. You have to be careful during mail run around here. Carlos is very efficient.”

He laughed this time. “I see. Well, I do have the ankle bruise to prove it.”

“Ice from the lunch room should stop any swelling.” She smiled warmly. “Well, I have to get back.” She curved her thumb over her shoulder and started to turn.

“Yeah, me too. I’m already late.” His eyes lingered on her while his feet started to move in the opposite direction. Stepping up to another reception desk, this time with a young man sitting behind, Cole shoved all his papers back into his notebook. “I’m here to see Mr. Wright.”

“Mr. Wright?” The receptionist stared at him puzzled, but Ms. Cryptic instantly appeared next to him to interject.

“Actually, I’m going that way. I’ll escort him.” She looked at the receptionist and winked, ramping up Cole’s curiosity. “I’m sure Mr. Wright is expecting him.” Ms. Cryptic turned and started walking.

After a moment’s hesitation and a quick glance at the receptionist who still wore an expression of confusion, Cole followed close behind, struggling to keep his gaze above her backside and those fucking legs. “Are you Mr. Wright’s secretary?” he asked, wanting to collect as much information about her as he could in the short amount of time it took to get to wherever they were going.

“Cole?” Cole spun around at the sound of his uncle’s voice before Ms. Cryptic could answer him. His late father’s younger brother appeared outside the doorway of what looked to be a conference room.

“Uncle Rob.” He forced a smile and shook his uncle’s offered hand.

Confused, Cole turned, looking for the man whom he overheard his uncle discuss with his mom on numerous occasions. “Huh?”

“My business partner, Shaun Wright.” Cole realized Uncle Rob was directing his attention to Ms. Cryptic who now had her arms folded across her midsection with a sly smirk on her face.